World-leading New Zealand equine health and nutrition feed company, Fiber Fresh is expanding into the Australian market in a move which is set to bring big rewards – not just for the company, but for New Zealand trainers as well.

While Fiber Fresh has established a popular following in the New Zealand market, the inability to get the product in Australia has, up until now, meant trainers have had to make changes to their horses’ diets in the lead up to big races and events across the Tasman.

Now the scientifically proven feed will be available in Australia, Kiwi trainers heading over the Tasman to race will have one less thing to worry about.

The expansion into the Australian market is a big business development for the Reporoa-based firm, and follows successful extensions into the Middle East and many parts of Asia, such as Hong Kong, Singapore and Japan.

Bob Bell, Fiber Fresh General Manager – Australasia, says the move will also allow the Australian equine industry to take advantage of the significant history and scientific knowledge the business has developed over the past 30 years.

“We have worked hard to ensure world-leading scientific research has gone into developing the feeds. They are proven to provide superior, high nutritional fibre that support horses’ natural digestive processes, and ensuring optimal health, wellbeing and performance.” 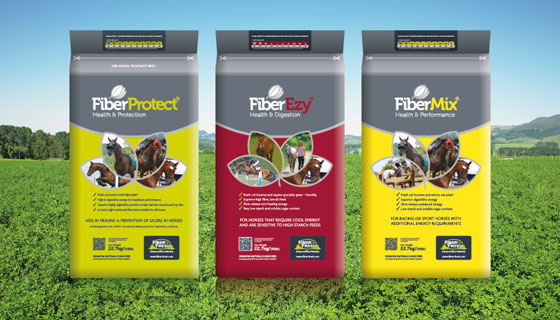 Mr Bell says one of the important initial benefits is for loyal clients who already use the products in New Zealand.

“When we’ve been talking to trainers, one of the issues we have always had is when they take a horse or horses on a campaign through the Australian market, they can’t take the feed that they normally use and trust.

“That was always a barrier and the last thing you want at an elite level is to alter a horse’s diet.”

He says New Zealand clients have been asking for this expansion for a long time.

“That is why this development is so great for our New Zealand and Australian customers – now the feed they know works is available to them in the Australian market.”

Mr Bell says the Australian market has always been on the cards, but the company needed to gain the appropriate biosecurity clearance and approvals before making the move.

Fiber Fresh is now in the process of setting up the relevant distribution and retail channels, which will be a carbon copy the of New Zealand operation, but on a much bigger scale.

Initially Fiber Fresh will be focusing on the Eastern Seaboard of Australia, with two of its three base fibre feeds – FiberProtect and FiberMix, with FiberEzy to follow shortly after. All are high in energy and nutritional fibre and are designed to be fed in association with pasture or grain-based concentrates.

Mr Bell says while the Australian market has the potential to be a significant one for Fiber Fresh, the New Zealand market remains incredibly important to the business.

He says a lot of work has been done to ensure security of supply and capacity to cater for the growing demand for product, both nationally and internationally.

Mr Bell is now spending half his time in Australia, while three sales consultants will also be located in Sydney, Melbourne and Queensland.

To find out where Fiber Fresh products are available in Australia see below: